One in Four websites is using WordPress 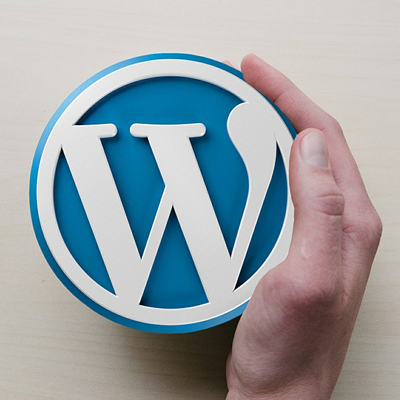 As of November 8th, 2015, WordPress powers one in four websites on the internet.

This is not 25% of websites using a CMS, this is 25% of ALL websites in the entire World Wide Web!

This is a big day for the free and open source CMS!

The actual figure might even be bigger than that, as 57.4% of websites are not using any identifiable CMS.

This doesn’t mean for sure they don’t use one, but that no CMS could be detected on these websites. Some of them may very well be using WordPress or another CMS with some customizations made to hide this fact.

The data is from W3Techs, which measures usage and market share of web technologies. “The market share among the 300+ content management systems which we monitor is now at 58.7%,” says Matthias Gelbmann from W3Techs.

WordPress is used by 58.7% of all the Web sites whose content management system we know. This is 25% of all Web sites.W3Techs

The world’s most popular CMS is followed distantly by Joomla with only 2.8% and Drupal with 2.1%.

The numbers can fluctuate over the course of a month, but the general trend for WordPress has been a steady growth for several years.

“We should be comfortably past 25% by the end of the year”, says Automattic founder Matt Mullenweg.

The big opportunity is still the 57% of websites that don’t use any identifiable CMS yet, and that’s where I think there is still a ton of growth for us (and I’m also rooting for all the other open source CMSes).Matt Mullenweg

We have indicators that show WordPress is likely to grow even further. In October, 29.5% of new sites used WordPress. New sites usually show the way where the whole market is heading to.Matthias Gelbmann

To come up with these numbers, W3Techs uses a specific methodology outlined on the technologies overview page.

W3Techs analyze each website as a whole, not individual pages. If a technology is found to be used on one page, it is considered to be used by the website.

This also applies to subdomains: only domains as considered as websites. This means that each and every blog that is hosted on a sub-domain of wordpress.com is counted as only one website.

Redirected domains are also ignored. For example, sun.com redirects to oracle.com and therefore is not counted.

To limit the impact of domain spammers, W3Techs does not technically scan “the entire web”, but only the top 10 million websites – which effectively represent the entire web.

W3Techs also explain that because their definition of “website” differs a bit from Alexa’s definition, the “top 10 million websites” are actually a bit less than 10 million. However, “this has no statistical significance.”

A quarter of the entire web and more than half CMS the market share pie is certainly impressive for the mighty WordPress, which started as a single-person project in June 2001.

Back then, Michel Valdrighi started b2/cafelog from his student room in Corsica, France. Two years later in 2003 WordPress emerged as a branch of b2, and WordPress 1.0 was released in january 2004.

WordPress also has the fastest growth among CMSes. A new website among the top 10 million websites starts using WordPress every 74 seconds on average, that’s 1’162 new WordPress websites every day. The second fastest growing CMS, Shopify, comparatively only sports a new website every 22 minutes.

Such a dominant position however leads to being the target of various attacks, and WordPress has had quite a few security issues at some point. Fortunately it also means that WordPress is supported by a massive community, continually improving features, functionalities and security.

With that said, now is a good time to remind you to always update to the latest versions if you own a WordPress website. This goes also for themes and plugins, and applies as well to whatever other CMS you run.